“By perseverance the snail reached the ark” ~ Charles Spurgeon

I hope the snail was notified first, if anyone deserves a head start, it’s the snail. The average snail about town moves at the lightening fast speed of 2 feet every 3 minutes. At that rate, it takes five and half days to go a mile. 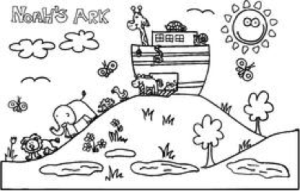 It gives a new meaning to, “Walk a mile in my mucus.” When word came down for the animals to high tail it to the ark I imagine John Q.  Snail mumbling, “Oh Brother!”

Something incredible happens each Sunday morning across America; 40 percent of us go to church, sixty percent if you live in Mississippi and twenty if you are in Vermont. Over a third of the herd gathers to pray, that is 125 million people putting on their Sunday best. When I say “best” I, unfortunately, am only talking clothes. What is worn in church is a persona. It is a shell that changes depending on the crowd. A church sanctuary or synagogue is the premiere spot for, what is known in the business as, “observing human behavior.”  For an hour or two everyone seems to play so nice in the sand box.

My friend’s wife accused him of acting as a “Sunday Christian.” These are the one lacking PP. Cody, being the man he is, was convicted by his hypocrisy. He did something to fix the problem; he adhered to his faith by filling the cracks so there was no room for doubt. The good news, everyone has the ability to Do the same. The bad news, they Don’t.

When not harassing each other between exercises, we watch music videos. It’s not so much watch as mock. One morning a song lyric caught my attention. “Yeah we cuss on them Mondays and pray on them Sundays.” I did one those head jerks towards the T.V. The kind that says, “What did you say.” It has come to my attention that after hitting your fifties, you have the right to be cantankerous. So I will not spare you the commentary on not only accepting but praising bad virtue.

We do pray on Sunday and cuss on Monday. What’s sad is this is shameful not boastful. I guess it’s boastful because you Don’t care about the hypocrisy. Maybe you’re Dazed and are unaware. I am ashamed when I cuss on Mondays. You won’t catch me singing about it, even if I could sing. Again, in case you missed it, hypocrisy is defined as the practice of claiming to have moral standards or beliefs to which one’s own behavior does not conform; pretense. Also, make no mistake; I am a hypocrite at times. And when it happens I take immediate corrective action. It’s a matter of talking the talk but not walking the walk. A hypocrite is a fraud, a deceptive bigot. When you pray on Sunday and cuss on Monday, pray for strength (perseverance) that you may adhere to your belief (persist). Do not sing about it because you are praising your hypocrisy. This is a case of shut up, sit down and pray some more. Sunday morning 125 million people come to worship to pray, that’s the good news. The bad news is 60 million hypocrites leave.

My answer to 60 million hypocrites – choose. Either you’re in or out. No one is 100% but you do give your best effort. Show it in your actions. This is the effort to preserve daily for the goal of integrity. No one is going to be perfect, all I ask is do not quit the fight to be better.

I would rather 25 percent of America attend church; this would be the one’s stuck to their belief, then a diluted 40 percent. The problem, hypocrisy is deception; it weakens a belief with doubt and turns a belief into distrust. The problems are the one-third Dazed see hypocrisy instead of integrity. The largest threat to my son’s faith is not unbelievers, it is hypocrites. This is the message from the snail; slow and steady. If you cannot be the snail; get out of the race.

And let us not grow weary of doing good, for in due season we will reap, if we do not give up ~ Galatians 6:9

This site uses Akismet to reduce spam. Learn how your comment data is processed.